Courtesy of a preview tape from Sky 1, we have some pictures of Gareth Thomas in The Strangerers.

Having just watched the first episode, I have to say that it looks as though it's going to be a love it or hate it show. It all depends on your sense of humour. If you like the idea of aliens who have learnt all they know about Earth from old TV shows and movies, then you're laughing.

These aliens are not just incompetent, they're totally incompetent - they aren't used to human bodies...

It's essentially an SF sitcom, not surprising as the main person behind it is Rob Grant of Red Dwarf fame.

Paul Darrow isn't in the first episode, but will be in later ones. 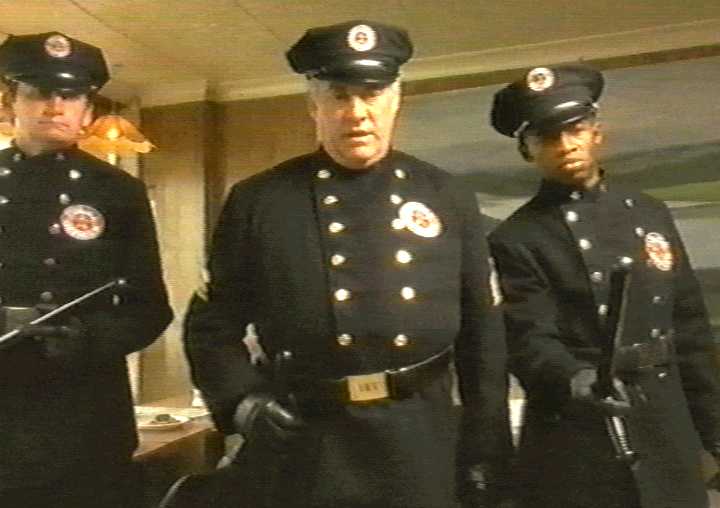