I was born and brought up in Kent, but went to the University of East Anglia in Norwich to study Maths and Computer Science. After three years I graduated in Computer Science and drifted into a job working for Plessey Telecommunications (now Marconi) on the System X telephone exchanges. In my third year at university I met Judith in the Universities Games Society playing D&D, Marjongg, Monopoly and similar games. After I had spent two years commuting between Poole and Norwich we got married, bought a house and the rest is history.

We still play board and roleplaying games, in particular with Clint (until he went to California) who provides us with a significant corner of his web site...

At work I am Marconi's guru on ATM (I am the vice president of the ATM Forum) on this and related matters and fly around the world taking part in standards activities and attending conferences. Note that Tim Berners Lee (as in the Web) also worked for Plessey's in Poole when I started, in fact when I first started I worked for his (then) wife Jane.

At home I write software for Acorn Computers (as a hobby). Some of this software is available on one of our Demon websites. The most significant program is !htmltools to make web page creation easier. I also intend to expand the support of Perl from this site. I have no interest in Blake's 7 at all, I would rather play games, use the computer or play with recreational mathematics. 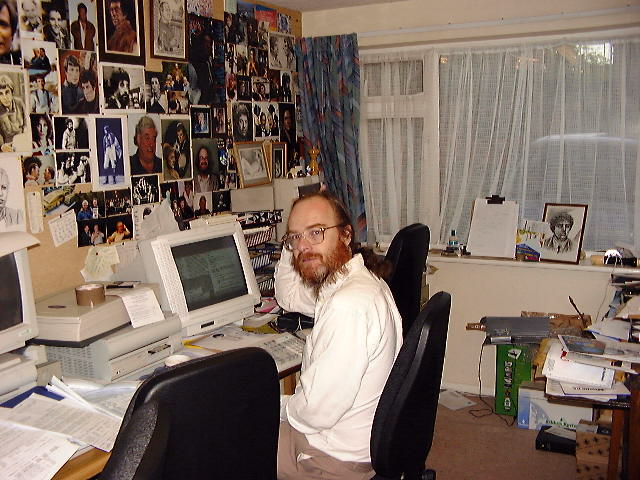 Richard at home September 2000. The computer I am sitting at is my main one, my other one is to my left (keyboard covered in papers), Judiths is to the right and all the photos are hers.

Back to Who How and Where